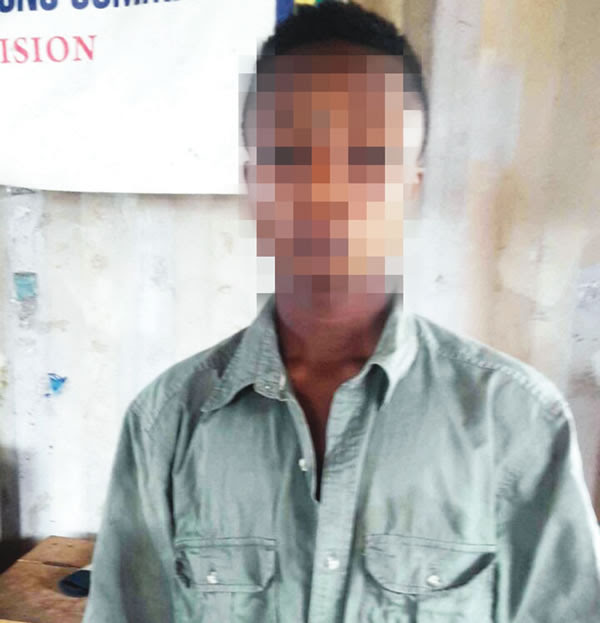 The police in Lagos State have arrested a 16-year-old suspected cultist, Rilwan Okegbenro, for allegedly killing a man, Olawale Adebayo, who resided in Imosun in the Ikorodu area of the state.
PUNCH Metro gathered that Okegbenro, who confessed to being a cultist and gave no fixed address, was apprehended on Wednesday by operatives of the Special Anti-Robbery Squad during a raid in the area.
Our correspondent gathered that the raid was jointly carried out by the policemen and some local vigilance group members on black spots in the Sabo, Odogunyan and Igbogbo areas of Ikorodu.
It was learnt that 18 suspects were arrested during the exercise.
Okegbenro told the police in his statement that he and two other gang members participated in the killing of 22-year-old Adebayo.
He said, “Two others, who are on the run, and I attacked the man behind a bank on Sagamu Road in the Ikorodu area. It was a Wednesday. We trailed him and my gang killed him. The man used to live at Imosun Close, Ikorodu.”
Our correspondent learnt that the brother of the deceased, identified as Ismaila Balogun, had also come to the police and identified Okegbenro as one of his brother’s attackers on that day.
The Police Public Relations Officer, SP Dolapo Badmos, confirmed Okegbenro’s arrest. She added that the police had launched a manhunt for the suspect’s fleeing gang members.
She said, “The raid was carried out on black spots in the Ikorodu area. In the process, Okegbenro, of no fixed address, was arrested. He has confessed to being a cult member and to have also participated in the killing of one Olawale Adebayo.
“The command has launched a manhunt for his fleeing accomplices – Ahmed and Taoreed. Investigation is still ongoing. The state command will continue to clamp down on criminals to make the state a safe place.”
Meanwhile, the police have also arrested a fake army sergeant, Ganiyu Tijani, at the Agric bus stop in the Ikorodu area of the state.
It was learnt that Tijani, who hails from Kaduna State, allegedly stood at the bus stop to collect illegal fees from motorists and motorcyclists in the area.
Our correspondent gathered that the fake soldier was arrested on Wednesday during a raid on the area by policemen attached to the Lagos State Task Force on Environmental and Special Offences (Enforcement) Unit.
According to the police, 32 miscreants were also arrested, some of who engaged the officials in a fracas at the bus stop.
The Public Affairs Officer of the task force, Adebayo Taofiq, confirmed Tijani’s arrest.
He said, “The fake soldier is to be charged to court for impersonation, collection of illegal levies and touting. We also impounded 54 motorcycles at the bus stop.
“We warn motorcyclists plying Ikorodu, Ketu and other restricted routes across the state, and vehicles causing obstructions on roads to comply with the Lagos State Road Traffic Law of 2012 or they would have their motorcycles and vehicles impounded by the task force.”