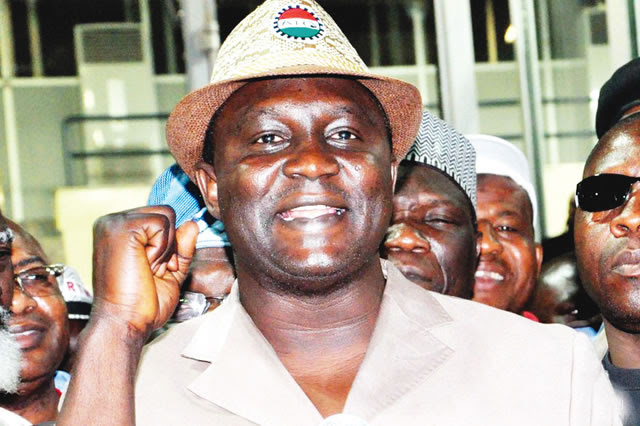 
Wabba said that while it was a fact that the economy was in a bad shape, the law made it clear that a review of the minimum wage was overdue.
He also said that the economy would not be down for ever.
The NLC president said that the Nigerian worker had not fared well in the last one year and would not continue to lament the situation.
“On the issue of the minimum wage, I can say authoritatively that as of yesterday (Tuesday), we have made a formal demand of N56,000 minimum wage to government.
“That demand has been submitted officially to the Federal Government and we hope that the tripartite system will look at the review mechanism that will be put in place. Our argument is that, yes, it is true that the economy is not doing well but the law is also clear that this issue must be looked into and workers should not be seen to be sleeping on their rights.
“These are processes, but when we come to the roundtable, we can then see the best way out. But I think it is obvious that since it is a product of law, it is usually required that the tripartite process be put in place so that together we can look at the issues.
“It is obvious that workers have not fared well in the last one year, but we will not continue to lament. What we try to do is to work out a process of engagement on how those issues can be addressed.”
When asked if the N56,000 minimum wage was reasonable in view of the inability of various employers to pay even the N18,000 minimum wage, he explained that the minimum wage was designed to ensure that workers were not made to earn below what should sustain them.
He stressed that the government was expected to make it a matter of policy to review the minimum wage every five years.
He argued that the current minimum wage of N18,000 was negotiated when the naira was exchanging N100 to $1, stressing that the economic situation had drastically affected the purchasing power of the worker.
Wabba said that the Federal Government must take the issue of the minimum wage seriously if the issue of corruption was to be addressed effectively.
He said that it would be difficult to fight corruption without taking care of the workers.
“The issue of minimum wage is not essentially for now, it’s an issue we must take on board, if we want to address the issue of corruption. Without taking proper care of the worker, it is very difficult. That is why I said it’s a process and we are going to dialogue around that process. That is why collective bargaining is important,” he added.
- April 28, 2016