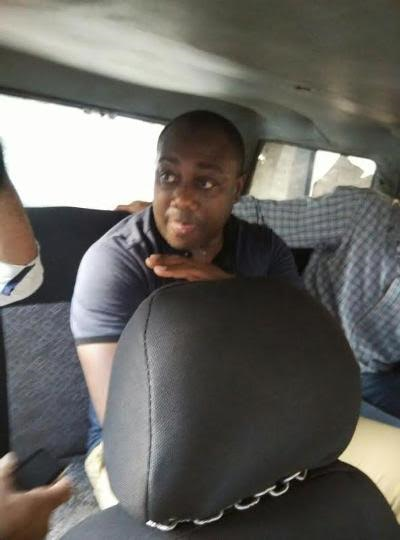 A 36-year-old Nigerian national and his accomplice, were arrested on Monday, March 20,  from Sriniwaspuri in Delhi for cheating a woman of over Rs 9 lakh.
Hilary Nnamdi Okoli and 34-year-old Reena Basumatari were arraigned in a Gurgaon court on Tuesday and taken on four days' police custody.
According to Times Of India, in the first week of February, Mr Okoli met Pooja (name changed), an engineer working with a reputable company in DLF-3, on a matrimonial site where he posed as a prospective groom. He introduced himself as Jeff Dennis, an engineer settled in the UK.

As Pooja found Okoli's 'profile' interesting, they exchanged phone numbers. Soon they started interacting through WhatsApp calls. Both shared information about their family background. She asked Okoli to visit India and meet her parents, to which he gave his consent.

On February 28, Pooja received a call from Okoli informing her that he had reached Mumbai. Minutes later, Pooja's phone rang and this time it was from a man, who claimed to be from the customs department, informing Pooja that Okoli had been detained as he was carrying 45,000 pounds (Rs 37 lakh approx) in cash. He asked her to deposit Rs 42,000 as penalty after which Okoli would be released and given 5% of the total amount in cash, the rest would be credited to her bank acccounts.

After depositing the amount, Pooja received another call informing her that as Okoli was given 5% of the amount in cash he told them that he needed more cash as he wanted to buy gifts and jewellery for Pooja. She asked the 'official' for a solution that would ensure that Okoli got more cash in hand. Pooja ended up depositing Rs 9,45,700 through 12 online transactions into 10 different accounts.

"After depositing Rs 9,45,700, I received a mail from reservebankindia111111@gmail.com that the money (pending amount from Rs 36,59,884) will be credit to my account only after I upgrade my account, for which I was asked to deposit Rs 32,25,000. I got suspicious and contacted my bank. The branch manager informed me that I had been duped. When I tried calling Jeff, his phone was switched off," Pooja said.

An FIR under sections 420 (cheating) of the IPC and Section 66-D of IT act was registered against the accused at the City police station and the case was assigned to the cyber crime cell.