Update! I Asked Davido To Wear Condom Before S*x But He Refused – Alleged Babymama 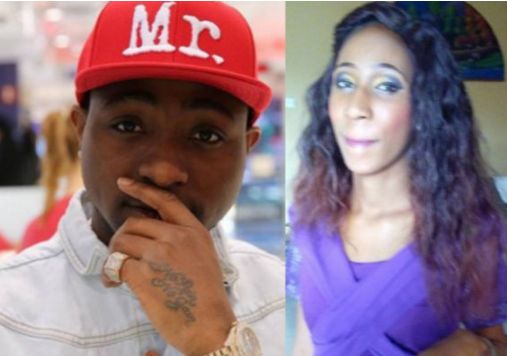 In an exclusive chat with Saturday Beats, mother of one, Ayomide Labinjo, had alleged that pop singer, Davido, is the father of her three-year-old child, Anuoluwapo.
In another exclusive interview with Saturday Beats, Ayomide said they would not have been in this paternity mess, “if only Davido had listened to me and worn a condom.”When asked why she would allow anybody to have unprotected s*x with her, Ayomide alleged that the singer was not a fan of wearing condoms during s*x as she recounted in details what allegedly transpired the two times she alleged they had s*x.The young lady claimed, “The reason I slept with him the first time we met was because I just wanted to catch my fun. The day we met at the club, Ebevande, I was with my friends, I did not really know him then but I just knew he was an artiste. I went out with my female friends; we had like a ladies night out; then one of his bouncers came to meet me and told me that his boss wanted to see me. I actually thought it was the owner of the club that wanted to see me.

"When I got to where they were, I noticed that it was David and he was with B. Red. I greeted both of them, B. Red did not respond but David did and we talked. He collected my pin and asked me to return to my seat. When they were about to leave, the bouncer came to meet me again and informed me that they wanted to leave. My friends thought we were all going together but when we all got to the car, he asked my friends to go back. He said that I was the one he wanted to see.

“We went to the Genesis Hotel. When we got to the room, we talked for a long while before we had s*x. He is a very jovial person and he loves talking. He made me laugh a lot and we talked at length. B. Red was in the other room. I insisted that he should protect himself by wearing a condom before s*x but he refused. He said that he does HIV test every two weeks. Then I asked him how sure he was that I did not have any disease but he said he was very sure I did not have a disease.

"After he had said all that, I told him to just do what he wanted to do and allow me go home in the morning. That night, he had s*x with me twice. You would know he was in the mood to have s*x that night and it lasted for a while. He has a big manhood and it hurt me a little. The second time was when he noticed I was leaving in the morning and he just wanted to have s*x with me again.

“The second time, the s*x did not last long because he was very tired and he did not even know when I left the hotel. I do not drink or smoke but David drinks and smokes. He drank and smoked in the club,” she alleged.

Labinjo told Saturday Beats that she was shocked that Davido said he gave her money as she claimed she had never received a dime from the singer since they met. In her words, she described the self-acclaimed Omo Baba Olowo as “a very stingy person.”

“I saw where he said he sent money to my family and that is a lie. The question I would ask is that what account did he pay the money into? He should bring out the bank teller. He has never given me money. If they said they have given me money, there would be a record or evidence and they should bring it out. Even when we had s*x, he never gave me money for transport. David is a very stingy person and I would not be the first person saying this. I have heard it from different girls, David is very stingy,” she said.

When asked if she was certain that the pop star is the father of her child, she answered in the affirmative. She claimed as of the time they met, she did not have a boyfriend and she is not one to jump from one bed to another.

Labinjo said, “I am very sure he is the father of my child because I did not have a boyfriend when we met. I had some male friends but it was just a platonic relationship I had with them and nothing serious. I don’t jump from one bed to another and that is why I am very bold and certain that he is the father of my child. If I had been sleeping around, I would not be that bold to talk.”
She was quick to add that all she wanted was for the singer to step forward for another DNA test. Labinjo said that even if the result shows that Davido is the father of her child, she doubts mutual love would co-exist between them because of the way he has treated her all these years. 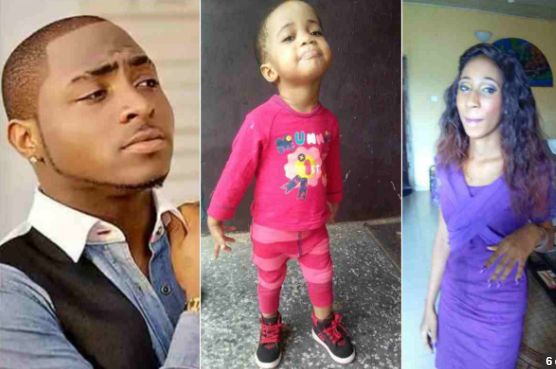 The mother of one also hinted that the matter may soon be taken to court.

“I just want him to take up his responsibility but I heard he is not ready for another DNA. My mother has gone to a lawyer and we would eventually go to court because I know we have a good case. I was told that even if David does not want to step out for a DNA, any of his siblings could step in for him. Once everything is settled, I just want him to take care of his daughter but there cannot be mutual love between us. Even the way he talks to me cannot allow for mutual love.”