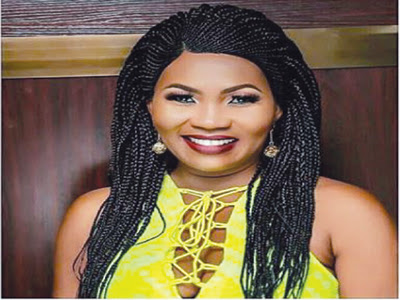 Popular Yoruba actress, Yewande Adekoya, has reportedly been placed under house arrest in the United States of America for crimes related to credit card scam and bank transfer fraud.


Yewande who travelled to the US in October 2017 for the Oodua Image Awards in Houston Texas, was said to have stayed back to shoot a film before the criminal act was committed.

She reportedly fell prey to some Nigerians in Atlanta Georgia who used her bank accounts for fraudulent fund transfer.
With instruction to surrender her passport while investigations are still ongoing, a source revealed to Kemiashefonlovehaven in Atlanta, US, that she is presently undergoing questioning.
“Her account was used to make some fraudulent transfers in the United States and she was arrested for questioning. This is no new practice among some Nigerian actors and their foreign fraudulent promoters who use them for such crimes and they get huge cuts from such deals.”
However, the actress/producer is yet to comment on the issue, but has kept her Instagram page active, engaging her fans in a game where they answer question on her productions to win cash prizes.
In July 2017, news also floated that Yoruba actress, Lola Margaret Oladipupo was arrested and put in jail in Atlanta, Georgia, after she was also arrested for credit card fraud.
FacebookTwitterGoogle+PinterestLinkedInWhatsApp
- December 31, 2017