GRAPHIC PHOTOS: Family traveling to the east involved in fatal accident after a car rammed into theirs at a police check point in Lagos 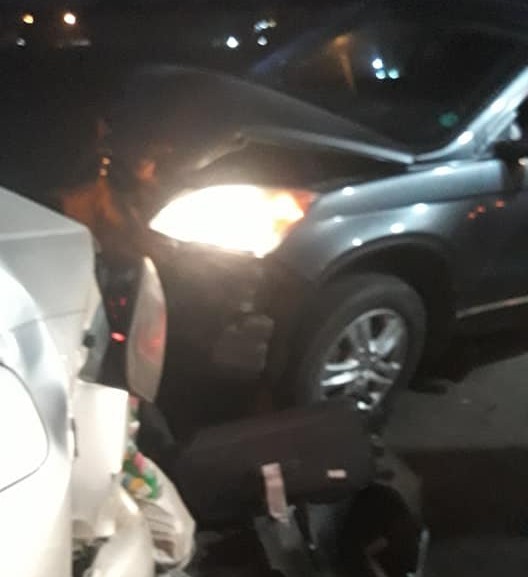 A family travelling to their hometown were on Saturday morning involved in a fatal accident after they were allegedly stopped by police officers at a check point in Lagos and another car rammed into them.
According to Facebook user, GB Onitilo, the man recently returned to Nigeria from his base abroad. He was travelling with his wife, two sons and his siblings to the eastern part of the
country before the unfortunate incident. 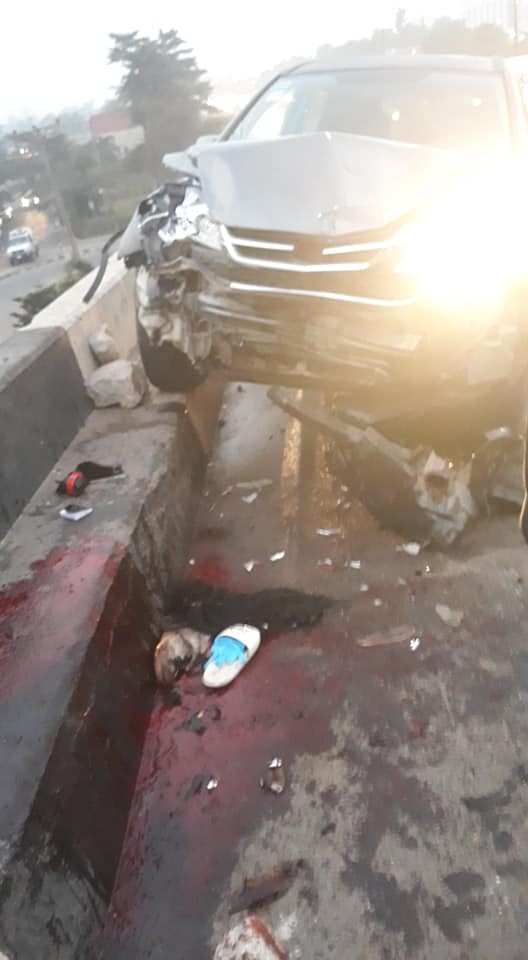 The family members were stopped by the police on Otedola highway just before Berger at about 5.35 am on Saturday and they told the officers they were on their way to the village for the New Year. While talking with the policemen at the checkpoint, a speeding vehicle rammed into their car from behind.
The woman was brought out from under the vehicle. Sadly, she didn't make it. The father's leg was reportedly crushed in the accident and he was rushed to the hospital. Their two sons were seen at the scene crying uncontrollably close to their mother's body. 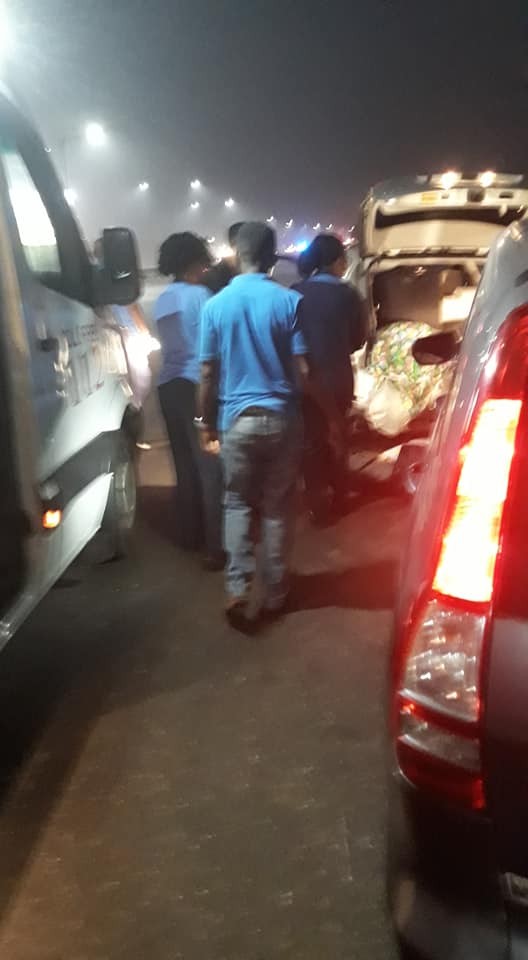 According to the eyewitness, the police officers allegedly fled the scene immediately after the accident. 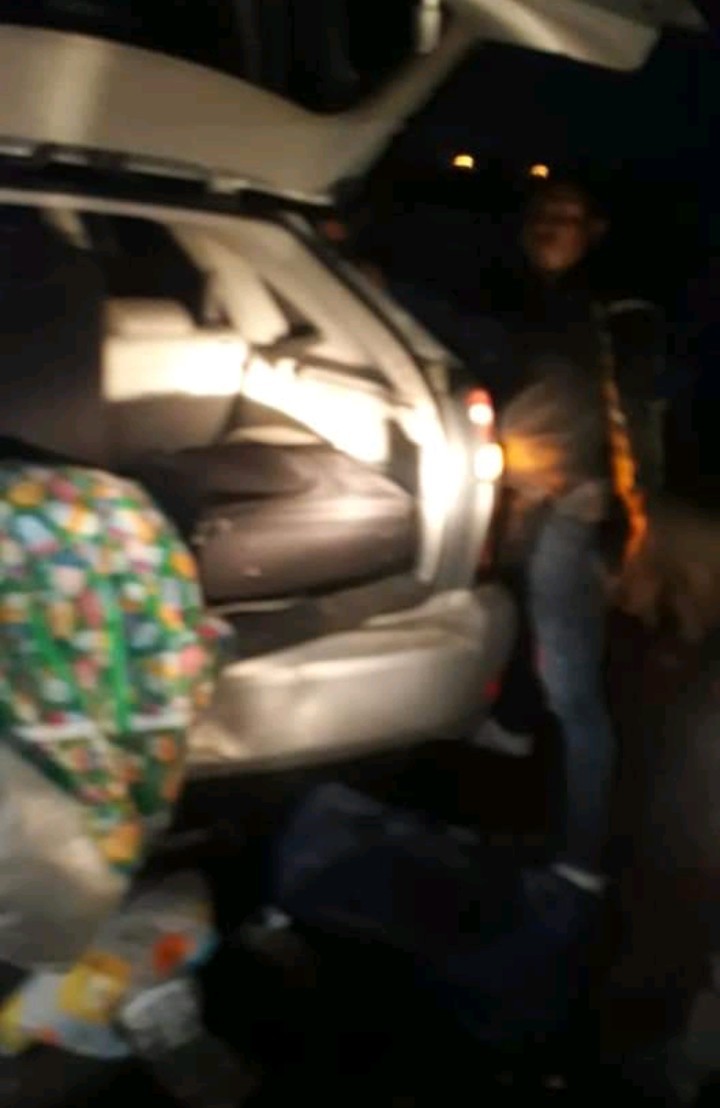 Man came into the country travelling with wife and 2 sons who live here with brother and sister to the East for holiday.

Police stops them on Otedola Highway long bridge before Berger at about 5.35am for search but they said they were on their way to the village for the New Year.

A vehicle came from no where rammed into them most probably from overspending and ran into them behind the vehicle. Woman was stuck under vehicle and Husbands left leg crushed completely but others safe.

Police sped off right away and why on m  morning run heard wailings on the bridge I first thought it was robbery but it was an accident.

I called Lasema Response Unit on 112 and also 767 but all responded 20minutes after.

Woman brought out from under the vehicle dead, husbands crushed leg held by skin but he is mentally strong and he would be fine.

What hit me most is the 2 boys wailing and crying close to the mum under the vehicle with their Dad on their side leg crushed bleeding. I cannot get over it and their pains.

I with others followed up till Lasema and other emergency responders showed up. They all did well and I appluad Governor-AkinwunmiAmbode for this investment.

Now my heart is so heavy on this avoidable accident and death. This kids will not get over this and will never return to this country.

May the soul of the woman rest in peace , may the husband find recovery and may the Children be comforted and be healed. 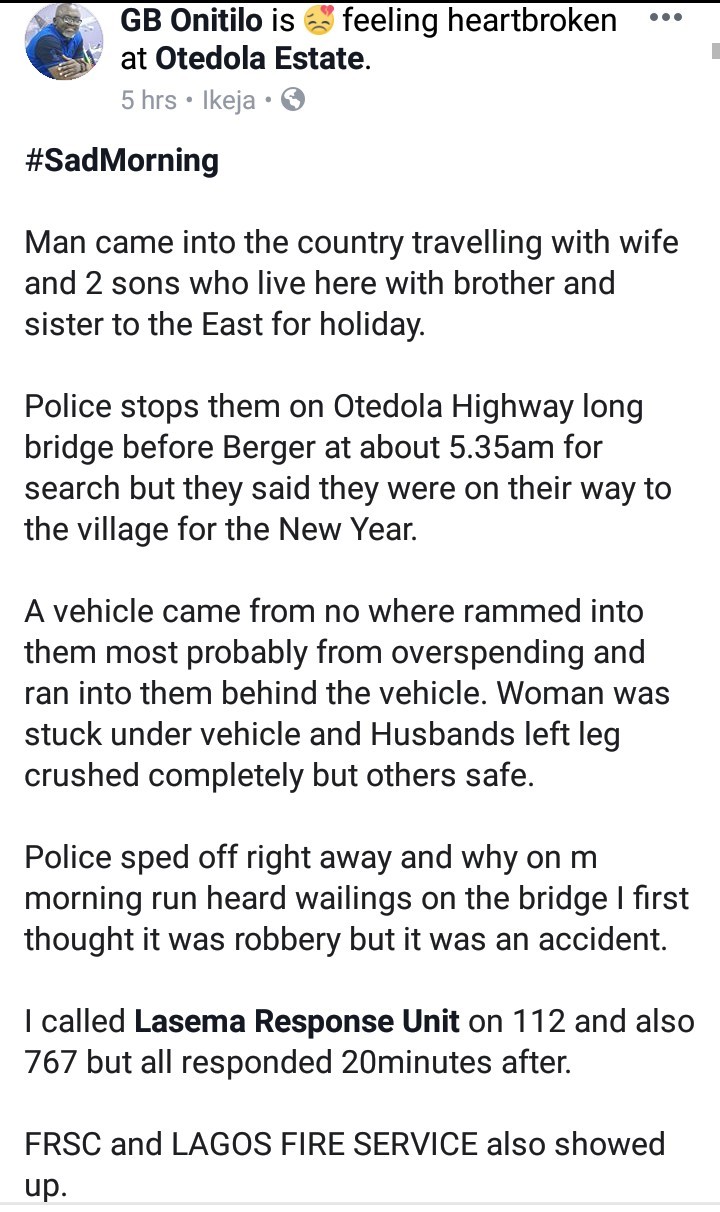 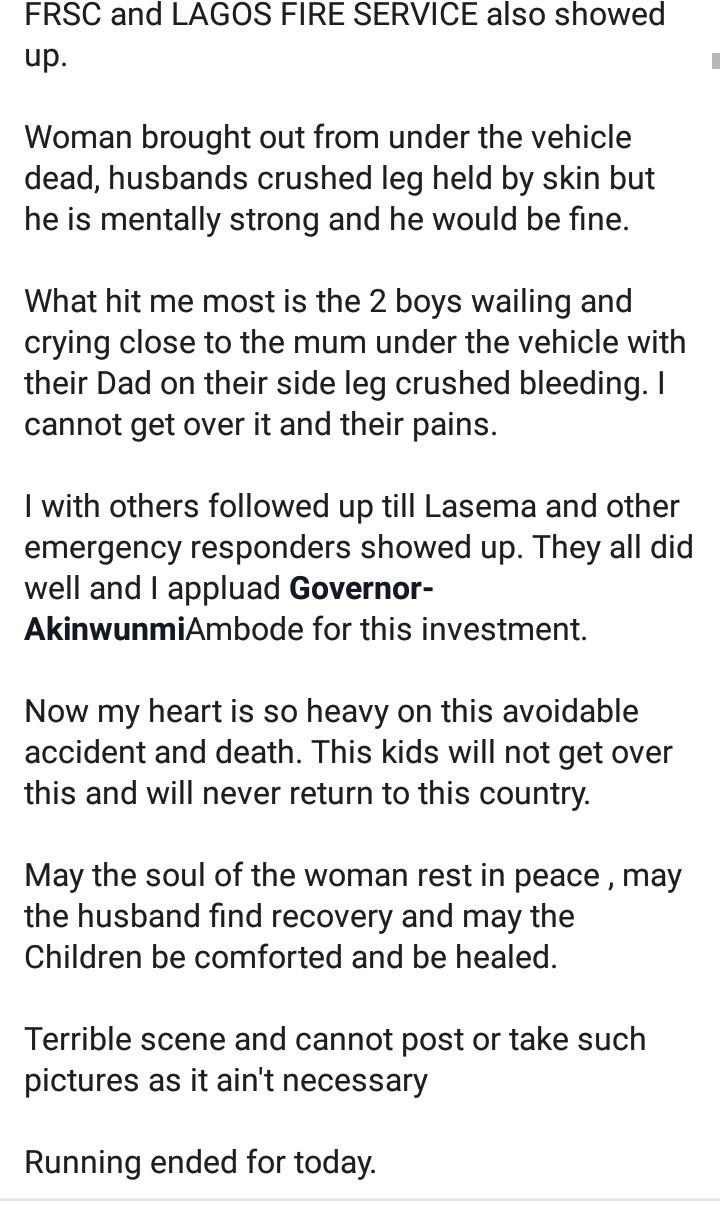