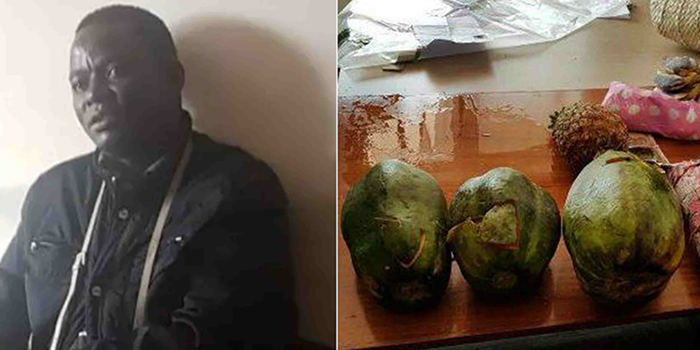 The Police in Nairobi have arrested a Kenyan notorious drug trafficker after he was caught with five kilograms of heroin.

Mr.Joseph Njau Ngendo who parades himself as an anti-drug abuse campaigner in the country was arrested on Friday in Westlands, Nairobi after returning from a trip to Kampala, Uganda.

Njau, who authorities say is part of a larger heroin distribution network in Nairobi is said to have procured the narcotics from a Nigerian based in Kampala which he had concealed inside pawpaws. 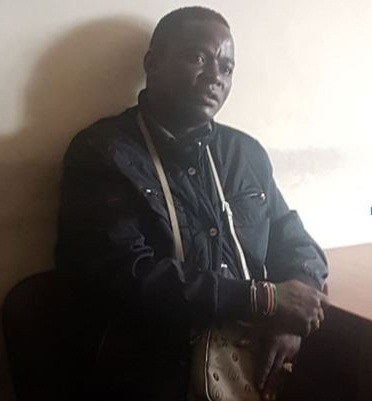 “Joseph Njau Ngendo was arrested within Westlands area on his return from Kampala, Uganda… he had left Nairobi on Wednesday night travelling by MASH bus,” reads a police report.
“Police records indicate that Njau is a frequent traveler to Uganda. He has a pattern of leaving Kenya through Busia border and comes back to Kenya through Malaba border. He does this to evade detection,” the reports expounds.

“In early February 2019, Njau made two other trips to Uganda where he is suspected to have hammered a deal with his Nigerian drug associates.”

“When not dealing drugs Njau Ngendo works part time as an anti-drug abuse campaigner. He regularly visit schools and social gatherings to give talks against drug abuse.”

The suspect will be arraigned at the JKIA law courts on Monday, February 25 where he is expected to be charged with possession and trafficking in narcotic drugs.