Curvy Nigerian Actress, Constance Reveals The Kind Of Man She Can Accept For Marriage 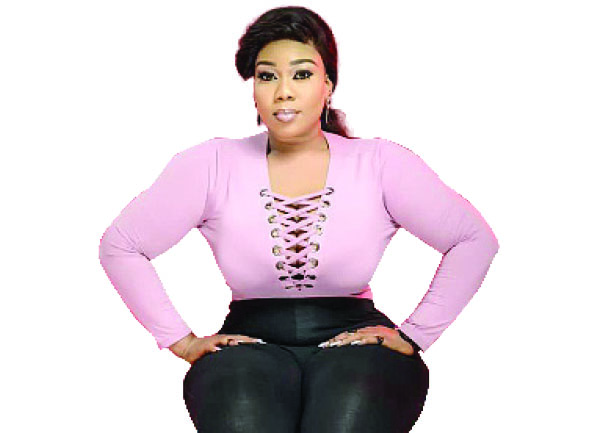 Beautiful Nigerian movie star, Constance Owoyomi, has spoken of the kind of man she will accept to become her husband.

Tall, curvy and beautiful actress, Constance Owoyomi, is one of the exciting characters on Africa Magic’s TV series, Tinsel.
The Political Science graduate from University of Lagos (UNILAG) is currently on the set of Amanda Ebeye’s new TV series, It’s A Crazy World.

In this interview, Owoyomi reveals some interesting facts about her love life, challenges and aspirations.

Could you tell us more about yourself?

My name is Constance Owoyomi. I’m playing the role of Rita in a new TV series, It’s A Crazy World, produced by Amanda Ebeye. In the series, I’m dating someone (Bob-Manuel-Udokwu) who already has three wives and I just might be the fourth.

How long have you been acting?

I’ve been in the business for over five years, but on and off because I’ve a 9a.m to 5p.m job. It’s like family business so I joggle both worlds. Truth is, I can’t dump one for the other because I like them both; acting and my job. We need to pay the bills, you know.

Are you saying acting alone can’t pay your bills?

Certainly not. There are bills and there are bills, and remember, standards are different too. Where I’m coming from, Nollywood alone can’t pay my bills.

How have you been able to manage this over the years?

It’s not been easy but I try to cope. There are times I run late for meetings or come on set a little late. I try to have my schedule all the time and I work around it. It has always helped me to plan myself well.

Which of your movies brought you into the limelight?

My major rise to stardom was courtesy of Tinsel. That’s what I’ve done for over five years now; that’s the major thing I do. Besides that, I’ve also done a few movies like A House Without A Home, Public Wife and a number of others.

Do you think your curves and height give you an edge in the industry?

Well, not necessarily. I know in the Industry, looks matter but I think talent is also key.  You can’t have the looks and then no talent to deliver. But maybe, because I have both, it’s an added advantage. You see, when ladies that are curvy walk into a room, they draw attention and people want to hear them. So, it’s always better you have something upstairs to deliver. You have to bring something good to the table in order to be taken seriously.

Do your looks restrict the kind of roles you play?

No, I cut across. I can play the role of a mother, sister, commissioner or a spoilt daughter. My looks don’t limit me at all.

Have you ever had an embarrassing moment?

Not much. One day, I was wearing a flared skirt and then this sudden draft of wind blew and the skirt went up. It was really crazy but we handled it anyway.

How about your male fans, any embarrassing encounter from them?

I’m used to that. I get that all the time. Even in church, at the airport, everywhere. Some would even want to hug you just like that. But it’s part of the job; we’re coping.

Does this make you feel uncomfortable?

Sometimes, but at other times it just makes me feel that people know me and appreciate what I do. It’s a good feeling anyway.

What is that achievement that you’re most proud of as an actress?

There are lots of things that I’ve done for myself that I’m very proud of. I wouldn’t want to disclose all of them. My parents are late and I know that wherever they are now, they would be so proud of me, because I’ve really done a lot.

(Laughter). Building myself to where I am today is a huge achievement. People that know me from the get-go are so proud of me.

Acting started out for me with Amaka Igwe. Then, I was in school and we were on strike, so I attended auditions. She picked me and gave me a role, which was way above what I thought I could handle but I pulled it off! Ever since, I’ve been all over the place. After that, I went back to school and continued. My face is not all over the place at the moment but I’m okay with that. When people see me, they still appreciate me because I have a lot to bring to the table. Amaka Igwe taught and mentored me. She told me that I didn’t need to be everywhere. If I am in one or two good productions, that’s fine. I have lived by that and it worked for me.

No! I’m not yet married.

You’re doing a 9 to 5 job, hoping from work to location. How and when do you have time for yourself and your partner?

Well, we make time from no time. But there’s no ‘he’ at the moment and I’d rather not talk about it.

Could you describe your ideal man?

Tall, dark, handsome and God-fearing. Someone who has lots of core values. He has to be dark, because I’m light-skinned; I want someone that would compliment me.

…and with money too?

So, he is not available at the moment?

No he is not. I’m single and waiting on God. He will send me my heart’s desires.

What should your fans expect from you this year?

I have a lot of scripts that I’m still going through at the moment. Hopefully, people will see more of me in 2019.