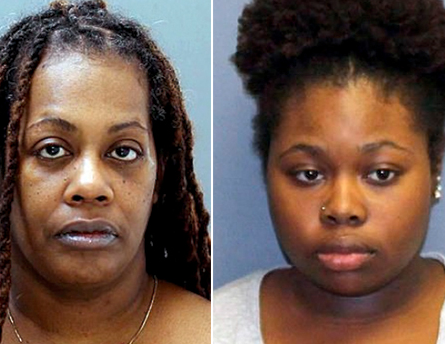 A mother, 45, and her daughter, 19, have been charged with murdering 5 members of their family, including three children.
Shana Decree and her daughter Dominique Decree are accused of killing 5 relatives on Monday, February 25, in Pennsylvania.


The deceased are identified as Shana's two children Naa'ilrah Smith, 25, Damon Decree Jr., 13, their aunt Jamilla Campbell, 42, and Jamilla's twin daughters Imani and Erika Allen, aged 9.
Shana told police everyone in the apartment, including the 9-year-old twins and 13-year-old, wanted to die and were talking about suicide. According to the affidavit, Dominique then told police how each person was killed. Dominique said her mother Shana killed one twin, the 13-year-old, and Smith; that Campbell killed the other twin; and she then strangled Campbell. Police say Shana also gave them an account of who did the killings. Her account varied slightly from her daughter's, saying Dominique helped her with one of the killings and that Campbell killed Smith.
Police did not say how the five people died. 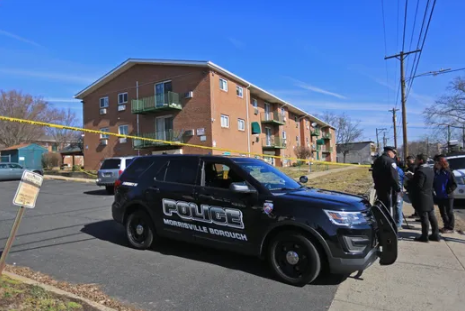 According to reports, neighbours became concerned when they didn't see any of the family members outside in three days.
A friend of one of the victims said she knocked on the door several times but there was no answer. She told NBC she spoke with the landlord to find out what was going on and the landlord told her, "We are going to do a welfare check to see if they are alright because trash is piled up out there for a while."
A maintenance worker entered the apartment and found Shana and Dominique inside the apartment in a "disoriented" state, according to court documents. The landlord called the police, who arrived at the scene around 4 p.m.
When the police arrived, they found the apartment "in disarray" with broken drywall, broken glass, overturned furniture, and other signs of a disturbance. Shana's son, Damon, was found facedown on his bed with one of his feet jammed through the drywall into an adjacent bedroom.
Both suspects were transported to a hospital for unspecified medical treatment.
Witnesses say Dominique had injuries to her neck. When police informed her that she and her mom were suspects, she accused her aunt's boyfriend and two other men of being responsible for the deaths. But police believe Dominique and her mother are the suspects.
Shana Decree's estranged husband Damon Decree spoke to ABC11 on Tuesday following the tragedy that saw his son killed. He said that although he was surprised they would hurt their own family, he wasn't surprised something strange was going on.
Decree Sr. told ABC11:

This been going on for the past month. I mean we been calling children's services, calling the police.
From my niece, apparently they had dissected into some type of cult that they materialized online. I don't know how, what kind of cult. And they were talking about demons being all around them.

He said that if his wife and daughter committed the crimes, he wants them held accountable.He said:

I don't want them in no insane asylum. I want to see them in jail for the rest of their life.