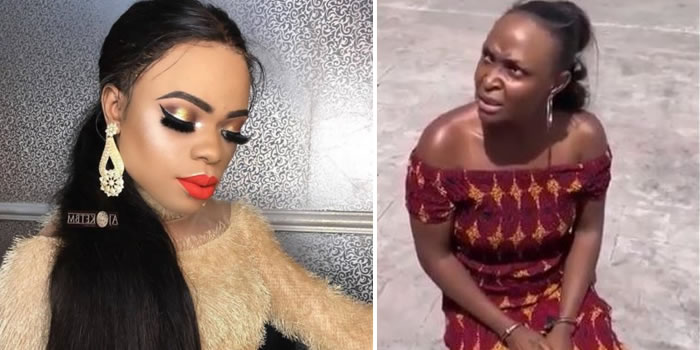 Bobrisky has sent out a message of support to relationship blogger, Blessing Okoro in the wake of the recent saga between her and billionaire homeowner Onye Eze.
Bobrisky acknowledged that people make mistakes and said he will be the last person to judge the ‘Breakup or Makeup’ founder. He said the recent video of Blessing threatening to commit suicide while accusing Onye Eze of setting her up touched him and he feels like hugging her.
He wrote: “Have never met you before not to talk of seeing you. But your video when you were crying touch my heart deep. I feel like hugging you to tell you to stop crying. It’s so sad you learn your mistakes in a hard way. But it’s fine. Like I said I’m never in any position to judge anyone in dis life. All of us be thief na the one them catch we know. 90% of dis celebrities lives a fake life trust me. So nobody should judge anybody. If everybody mock you I will never be part of it. It will still be over is just a matter of time. ”
… 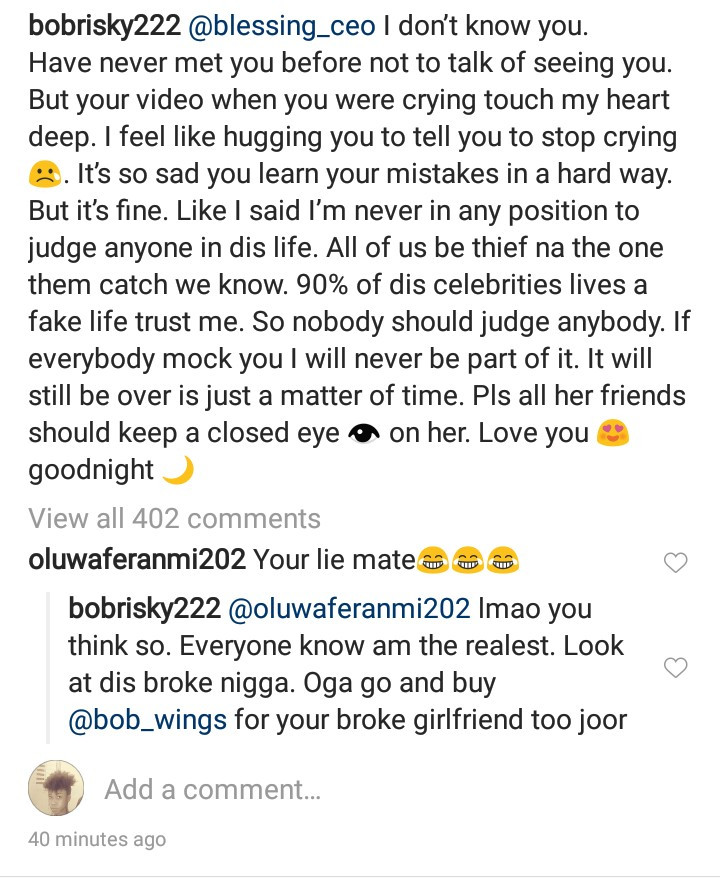 Bobrisky was referring to a live video which Blessing released. In the emotional video, Blessing told of how she was humiliated by Onye Eze and his friends. She said she has fought for “humanity, women, children, and single mothers” yet Onye Eze chose to humiliate her and she felt she needed to say her truth, not because she wants pity, but because she wants people to know what exactly transpired on the day she was allegedly arrested.
Below are clips from the live video.