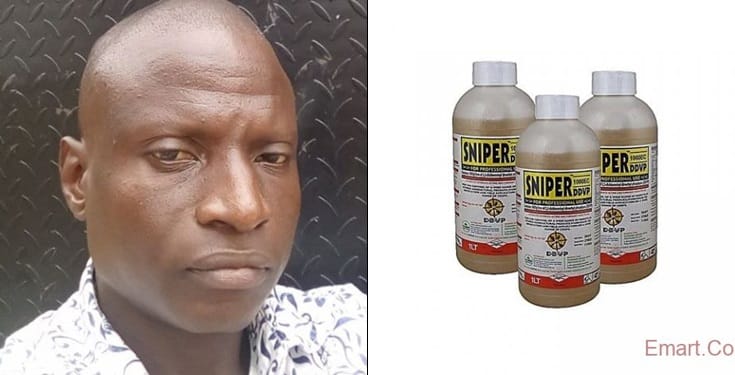 
He wrote;
This is a sad one for me.The picture here is that of my dear friend and classmate in secondary school, Seun Adedutan. As preparations were on-going yesterday for change to another administration at all levels of government for today, Seun my friend was preparing to meet his maker. He ended his life yesterday afternoon after emptying two containers of the dreaded SNIPER! His cold body is in the mortuary. He left behind a wonderful wife and his two dotting kids.
Depression is real! What we are still trying to unravel is that Seun who we call pastor does not drink, womanize or lust after money; what could have happened? As a strong Christian who others run to for counseling, what could have happened? Life belongs to God.
As one of his brother’s said, despite the economic hardship, people are no longer encouraging one another. Government is aloof to the plight of the people. Who do we turn to? Our churches are now business centres. They no longer preach hope but vanity. They should stop all these crappy teaching of pretending to be rich when you are poor; you are sick, they will tell you to pretend to be strong, all is well bullshit, etc. If a strong Christian like Seun can end his life by himself, wherein lies the hope of norminal believers?
I wrote on this wall last week, that something should be done about this SNIPER, people said the issue is not about SNIPER but ourselves. We have been using ‘otapiapa’ and other rat and insect poison before now, the rate of suicide was not this bad but it seems this SNIPER of a thing has an ‘evil spirit’(for church goers) behind it that is pushing people to drink it.
My friend Seun has never been the outspoken type. He must have bottled up a lot of things that triggered whatever it is that made him decide to end it all.
Please. Speak out and get help when you are depressed! Rasta!
- May 30, 2019