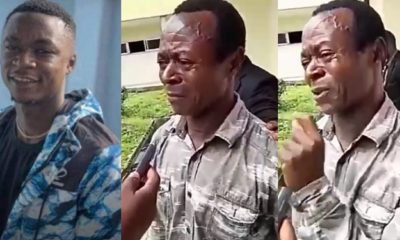 Father of 20-year-old singer, Daniel Chibuike, popularly known as Sleek, who was shot dead by the police in Elelenwo, Port Harcourt, River State, has cried out for justice.

Sleek was shot dead on Saturday, September 19, 2020, allegedly by a mobile police officer attached to De Topic supermarket, while he was being chased by SARS operatives.

In the video, his father was heard pleading for justice for his late son who was murdered in cold blood.

“I lived in the north for over 12 years. I never lost a finger. I just came back here only for me to lose my son. There was no war, there was no riot, they just wasted this boy for me”, he cried.

Watch the video below;