Smokers & Weed smokers are the most Loyal and Truthful Companions

In today’s society, there is a negative stigma about groups of cannabis smokers. People have a negative stereotype about weed smokers, believing that those who smoke are either childish or immature. However, did you know that science proves that marijuana smokers are incredibly moral and loyal human beings?

Marijuana smokers are a community. They bond together over favorite strains, aromas, and smells, but also because of the effects cannabis has. Scientifically, marijuana creates loyalty among its users. 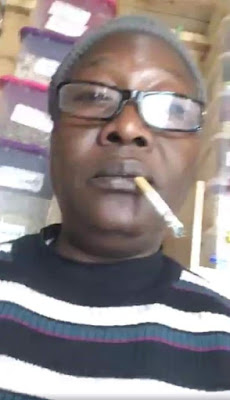 According to a study, marijuana smokers were asked to fill out different morality questions that would try to pin point if that person was more likely to choose a moral path.

When asked if they’d return a wallet filled with $100 to the rightful owner, an outstanding 99.2 percent of the cannabis smokers said that they would return the wallet. The temptation of keeping the 100 dollars wasn’t enough to sway these loyal cannabis lovers.

It’s also shown by a study at the University of Buffalo that couples or friends that smoke marijuana together share the same values. These values are life-related, meaning those that smoke together have similar interests, which create loyalty.

This study shows that the friends that smoke with you share a similar personality with you and will be a more loyal friend.

It is also shown that people who smoke cannabis are less likely to engage in violence or anger towards another human. This is due to the similar outlook that marijuana smokers share with each other.

Social anxiety can create social tension and can hurt friendships. However, marijuana can be used to reduce the amount of social anxiety significantly.

When smoking marijuana, the receptors in the brain that trigger our, “flight or fight” responses are delayed, which allow us to relax and not automatically choose fear. This delayed reaction makes cannabis smokers much more loyal because the social fear of anxiety does not inhibit them.

In other words, cannabis smokers are more likely to help a friend, without the fear of social judgement that comes with social anxiety.

Stress can also be an inhibitor of loyalty because of the anger and strain it can put on our friendships. However, stress is one of the primary medicinal uses for cannabis. If a marijuana smoker is regularly smoking strains that have a moderate to low THC content, their levels of stress will be much lower than a person who doesn’t regularly smoke.

These objective factors show that the regular marijuana smoker is much less likely to be angry, but more liable to be one of the most loyal and truthful friends you have.

Renowned Ghanaian counsellor, Madam Charlotte Oduro has claimed in an interview on Hitz FM that ‘ganja planters’ are the ‘realest’ people on the planet and there’s no two ways about it.

According to her, she grew up in a slum surrounded by weed smokers and from what she inferred from their demeanour and interaction, she feels they possess that loyalty trait.