An unidentified woman got the shock of her life after taking the drugs her husband has been taken daily to a clinic to show a doctor only to be told they are HIV drugs.

According to the woman, the husband said he has ulcer and has been taking the said medications daily. Being curious after she started losing weight, she took the drugs to meet a doctor to find out what they are for and to her greatest surprise, she was told the drugs are for HIV and her husband kept it away from her.

The medic took to his Twitter page to share the story of the woman which has generated a lot of reactions.

Some Twitter users opined that the husband has the right not to inform her about his HIV status and they advised the medic to just get the woman tested for HIV. 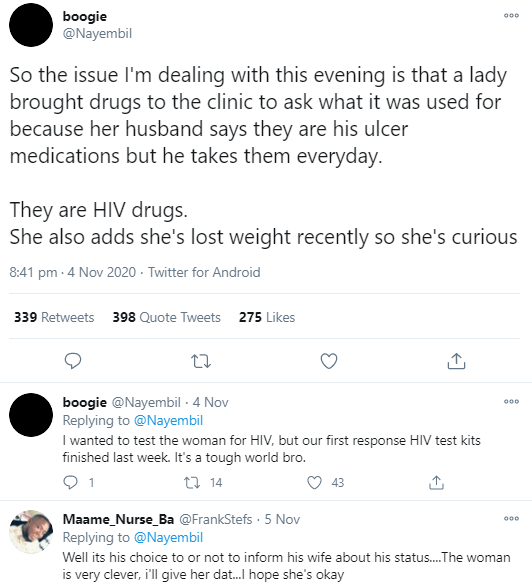 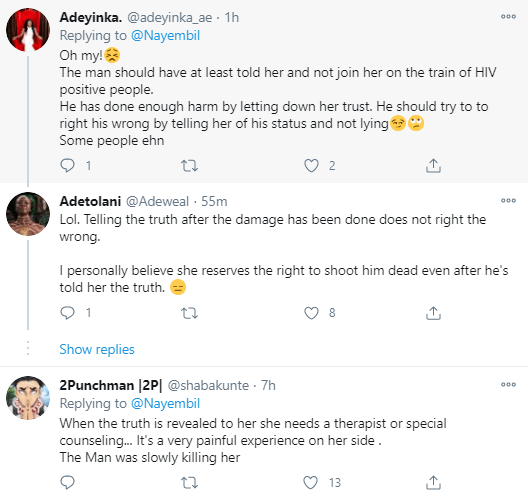