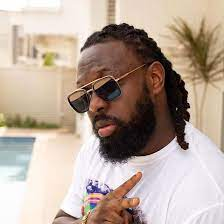 Popular Nigerian singer, Inetimi Timaya Odon, better known by his stage name Timaya, has urged Nigerians to be wary of the evil in the society as even their best friends could use them for money rituals.

Timaya was reacting to reports of teenage boys slaughtering a girlfriend and burning her head for money ritual in Ogun State.

According to the ‘Cold Outside’ Crooner, everyone needs to be very careful as your supposed Bestie or paddy can use you for ritual.

“17 years old boys doing money ritual?? Innocent humans killed for money, even your own homeboy can use you.
Watchout guys, it’s really Cold Outside.” He tweeted.

The social media influencer asserted on his verified Twitter handle, @NobelIgwe, on Sunday, that the desire for wealth stems from how Nigerians celebrate questionable and ill-gotten wealth in the country.

“Every day, we are on different pages of people we know that they cannot afford certain things shouting ‘God when’, then come here (on social media) to act surprised that people are doing evil to belong. Our society does not question the source of anything.

“In most clubs, it’s only bottle services. They don’t sell cocktails or beer, but when people order expensive drinks, music is shut down to deliver drinks to one person or group. People would kill or commit crimes to get such treatment.

“Some people will post three skits in a year and then post a house they just bought; people will appear in movies then post ‘new me, new home’. The Thing is we celebrate all types of questionable wealth.

“The Church will take donations from anyone with money, the village will crown anyone with money, no questions asked. Families don’t ask their children how they make their money and some don’t care. It’s the society that feeds this monster.

“I need to stop now, I’m already seeing my tweets on blogs. Remember, family is important in shaping society and we owe it to one another to fix our homes. Stop celebrating overnight success,” Igwe stated.