'How Are You Even Attracted To A Married Man”?, Shade Ladipo Knocks Mercy Aigbe 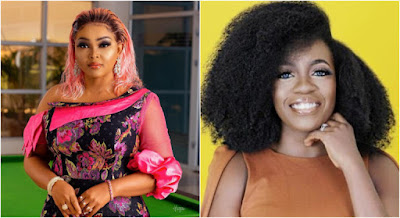 In a new development, Shade Ladipo who comments on different pop culture issues wrote on her Instastory :”My gender sha, you see a married man with a whole family and you camp there. You don’t see your worth beyond being  second fiddle or a possible family destroyer. How are you even attracted to a married man? If you are over thirty and still sleeping with married men then I feel sorry for you.(Under 30 you are still foolish so I excuse your behaviour).Sorry because you don’t know your worth”.

@Mrpresiddent: He’s a Muslim and his religion permits him to marry more than one wife so Wetin be the issue gan gan? Her happiness and peace of mind supersedes your emotional dispensation abeg

@Chinenye_nwa1: Please nobody should marry my own future husband oh.

Esabod Global News reports that on Monday morning which happens to be the birthday of Mercy Aigbe’s new husband, the actress paid glowing tributes to Kazeem Adeoti (Adekaz).