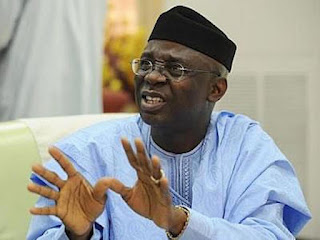 About two weeks ago, the media was awash with news of Wema Bank breathing down Pastor Tunde Bakare’s neck for refusing to service an uncollateralised N4.5 billion loan he took from the bank to build his Citadel Church edifice formerly known as the Latter Rain Assembly, in Lagos. His inability to service the loan allegedly caused it to balloon to N9 billion.

Bakare, who is also a politician, was said to have allegedly exploited his robust relationship with the then Managing Director and CEO, Segun Oloketuyi, to secure the loan. Bakare allegedly resorted to borrowing the money to build the edifice, hoping that the bigger the church grew, the more populous and prosperous it would become and the easier it would be to pay off the loan. Unfortunately, he did not foresee the effect of the COVID-19 pandemic on the fortunes of many churches, including his church, via offerings and donations.

WEMA Bank attempted to debunk the report. While reassuring its shareholders and customers that it was operating with the highest level of corporate governance, following all rules, policies and procedures, the bank’s current managing director and chief executive officer, Ademola Adebisi, said the customer (Bakare) had maintained a credible relationship with the bank and there was therefore no basis to contemplate any action to humiliate him. He did not  however confirm if Bakare was owing the bank and how much he is owing.

In a curious twist, Bakare revealed that the Citadel Church was financed by five banks. He said that of the five, loans received from Unity Bank and UBA were paid off, while loan from the third bank, Fidelity Bank, is currently being serviced. The remaining two banks, which he didn’t mention, have restructured the payment plan for the loan he got from them, so that instead of paying back in two years, he will now pay back in installments lasting five years. He, however, made a revelation that there was no donation from the Federal Government towards the construction of the edifice, save the N5 million given to him by President Muhammadu Buhari, ironically, a government official.