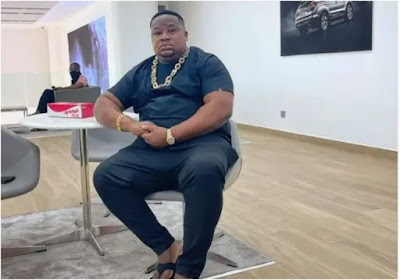 Cubana Chiefpriest, a celebrity bartender whose real name is Pascal Chibuike Okechukwu, has been appointed as a special adviser to Imo state Governor Hope Uzodinma on social media influence and event management.

The ecstatic businessman announced the news on Instagram, proudly displaying his letter of appointment.

According to Chiefpriest, Uzodinma gave him orders to use social media to make 1000 Imo youth incredibly successful like him.

Noting that social media played a role in his success, the businessman claimed that recreating the same in the lives of others is simple.

The celebrity bartender then prayed for himself, asking God for the strength to carry out his mission for Imo kids.

“Just Picked Up My Letter Of Appointment As Special Adviser To His Excellency @he_hopeuzodimma On Social Media Influence & Social Events Management. I Have An Instruction From His Excellency @he_hopeuzodimma To Make Over 1,000 IMO Youths Get Super Successful Like Me From The Almighty Social Media Which Made Me In Just One Year, It’s So Easy For Me To Do And I Will Do Just That Through Christ Who Strengthens Me Amen. May God Give Me The Grace, Wisdom, Energy & Guts To Tell His Excellency The Unfiltered Truth He Needs To Hear. At All Times Amen. cc @rthonamarachi Deputy Speaker IMHA”