‘They Are Back?’ – Reactions As Davido And Chioma Are Spotted Together At A Family Event 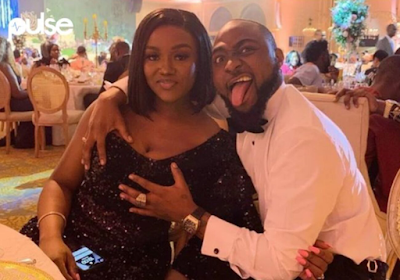 Nigerian music star Davido has been spotted with his estranged fiancee Chioma at a family gathering.⁣

The singer and the mother of his son, Ifeanyi, were spotted hanging out with some of Davido’s family members including his elder brother, Adewale, cousin B-Red and personal lawyer, Bobo Ajudua and their families members.

This has left fans wondering what the couple is up to. While some are insinuating that Davido and Chioma might have resolved their different on a low key, others maintained that they have to still stick together for the sake of their son, Ifeanyi.

It would be recalled that the former couple hosted friends and family during their son’s birthday in 2021.⁣

Davido and Chioma’s relationship took a nosedive in Feb 2021, when Davido was spotted holding hands with Yafai, an Instagram model while on holiday in the Caribbean.⁣

This was followed, by a series of loved-up photos of the two that broke the Internet in March 2020.⁣⁣Chioma and Davido started dating in late 2017 and went exclusive the following year.⁣⁣

The music star proposed to her in 2019, days after their introduction.⁣⁣ They welcomed their son, Ifeanyi that same year.⁣