'When You Were Not Disappointed, How Much Did You Send To Me? - Actress Shan George Claps Back At Nigerians Criticizing Her For Advocating For People Who Moved On From Failed Marriages And Found Love Again 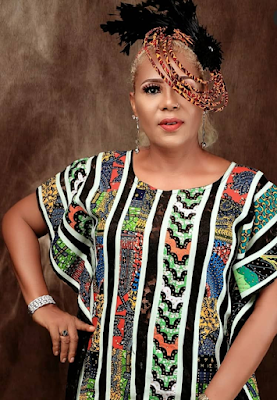 Actress Shan George has fired back at people criticizing her for advocating for people who walked out of failed marriages and found love again.

Shortly after Mercy Aigbe who was formerly married to Lanre Gentry, revealed she has found love again in the arms of Kazim Adeoti, many people bashed her online and accused her of getting hitched to a married man.

In a post many people perceived to be in support of Mercy, Shan said the same people that say one should walk out of a failed marriage are still the ones that will bash the person if he or she finds love again. 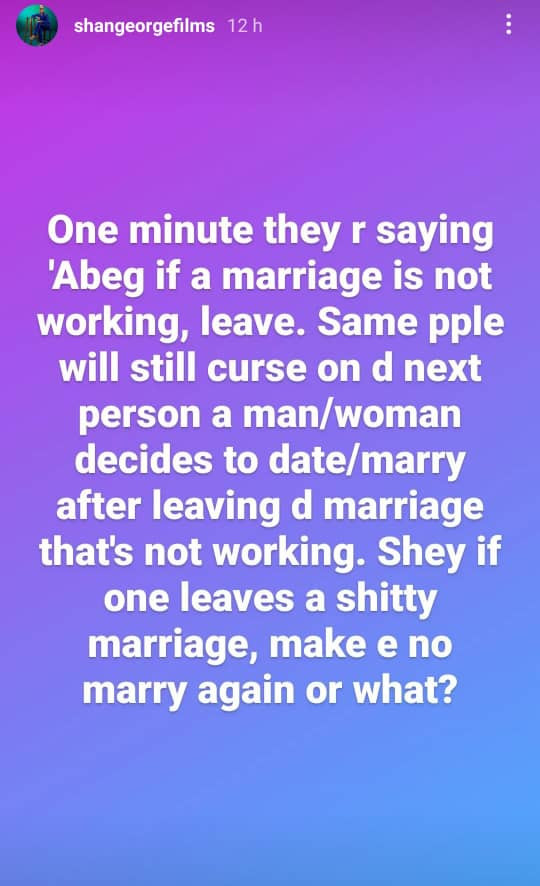 After posting this on her Instastories, many people dragged her, accusing her of supporting Mercy.

Shan is not welcoming those dragging her and has taken to Instagram to fire back at them. See her post below. 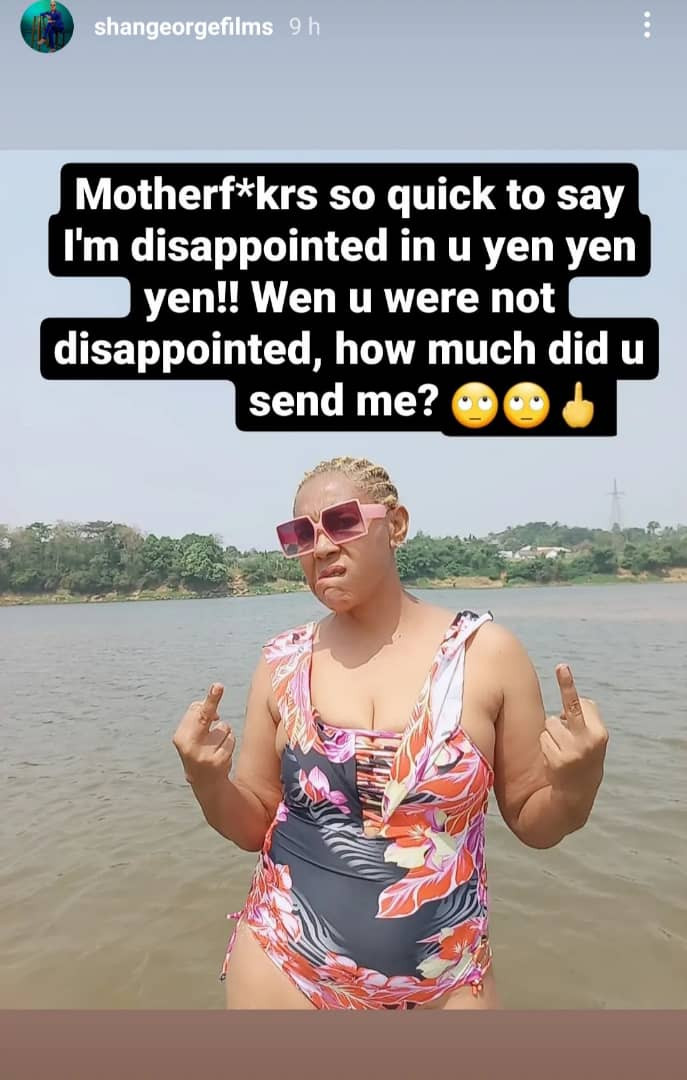