"All Blessing I Open My New House Today', Jubilation Across Nigeria As Davido Opens His New Mansion In Banana Island 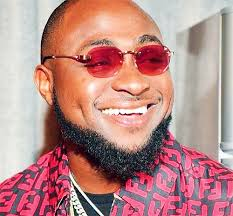 According to the 30 billion gang leader. He is set to open his ne house today.

Davido took to social media to praise God for the blessings as he made the revelation.

Reacting to the news, his fans and followers took to social media to congratulate him and “tap into” the blessings.

Esabod Global News recalls Davido recently shocked his fans after he claimed he made over 22 million dollars in 2021.

He wrote on his Insta story:”Made 22.3 million dollars this year”.

While buying the shirt, Davido said, “I don’t know how much this shirt costs but we don’t buy anything for the same price. I’m the first one to do it, I’m buying this shirt for five thousand pounds.”